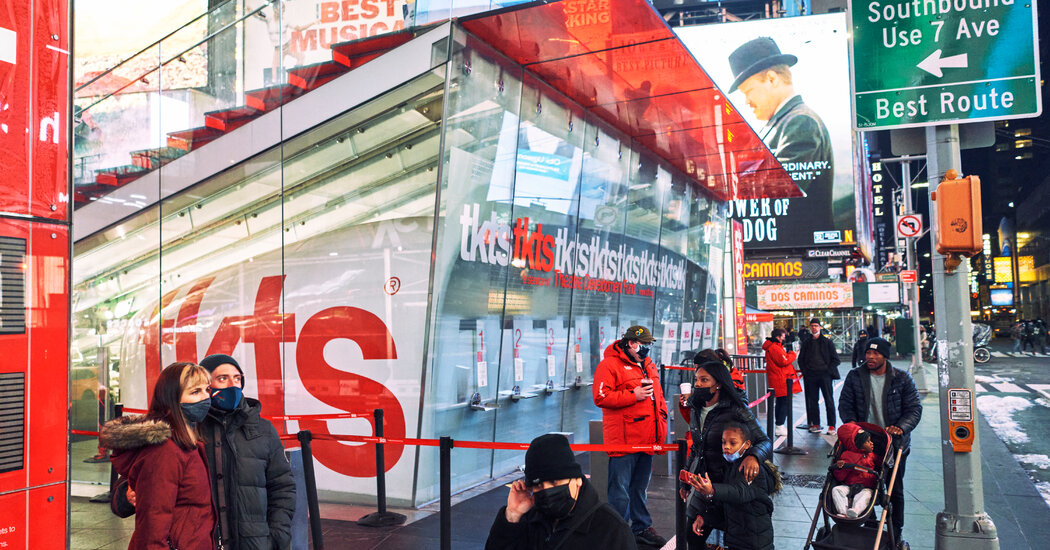 The percentage of seats filled on Broadway rose last week, but overall box office revenue fell as some of the industry’s softest shows closed and survivors slashed prices.

Average turnout is still far below what it was in January 2020 before the coronavirus pandemic, when 93 percent to 95 percent of seats were occupied.

The total number of people who watched a Broadway show last week (152,135) fell from the previous week (162,566) as shows continued to close – there were 21 shows open last week, down from 25 the week before. Two more shows closed on Sunday (“Girl from the North Country who says she plans to return in the spring” and “Slave Play,” which transferred to Los Angeles), currently airing just 19 shows in 41 Broadway homes. .

Increasing percentage of capacity is good news for an industry rocked by empty seats. But it comes at a cost as fewer shows go on and the average ticket price drops.

The reduced average ticket price reflects both the reduction of premium prices (which is the price of the best seats on the most popular nights) and heavy discount usage.

For example, the highest price in “Hamilton” in January 2020 was $847; now $299. (Currently the most expensive premium seat appears in “The Music Man,” which asks for $699 for middle orchestra seats on a Saturday night in February; “Six” sells some tickets for $499.)

But there are also multiple discounts available. The city’s tourism agency, NYC & Company, is now an annual Broadway Week (despite its name, it will run for 27 days this year) is a popular show that offers one-on-two tickets to all but a handful of shows.

And while the Broadway League no longer announces grosses for individual shows, there are indications that more people are turning to discounting as a strategy to get through this winter, when the regular seasonal decline has been exacerbated by the pandemic. This TKTS ticket office In Times Square, which sells tickets 20 percent to 50 percent off, now periodically “The Lion King” and “Moulin Rouge!” Other big shows like Harry Potter and the Cursed Child,” “Hadestown” and “MJ,” the new Michael Jackson musical.