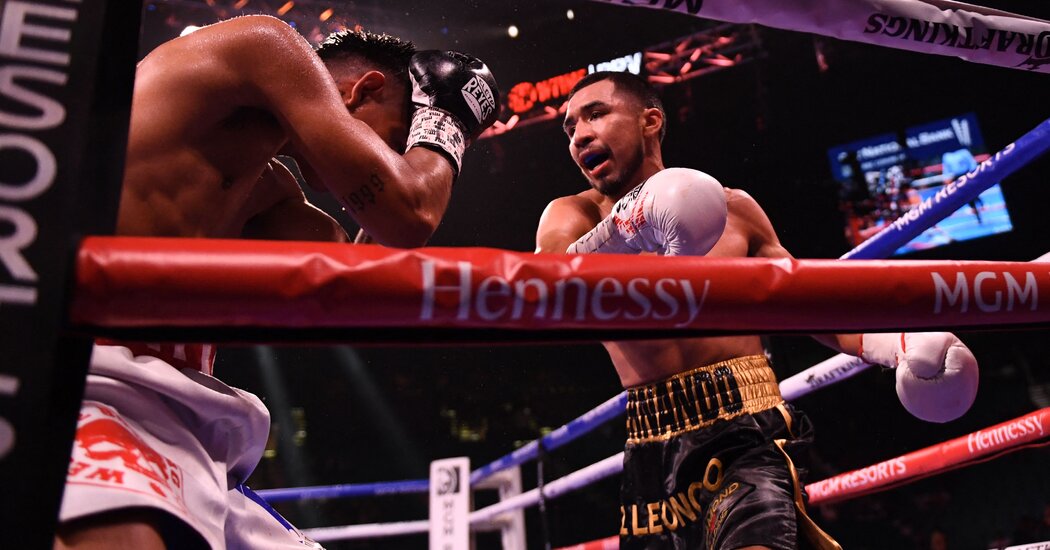 Eventually the building will fill up. Organizers said only 300 tickets were unsold on Saturday afternoon, and they expect a sale once the mainboard launches.

The first undercard matches were not televised or streamed online, so the few spectators attending were the only real-time witnesses to the Rances. Barthélemy’s two-round TKO defeated Argentine journeyman Gustavo Vittori.

Jose Gomez of Huntington Park, California entered his match against Jose Meza as a heavy favorite among the bookies as well as the audience, with several dozen sports shirts adorned with Gomez’s nickname, El Gallo. Meza, from Durango, Mexico, however, recovered from a first-round knockout to win a close unanimous decision.

In the final preliminary fight, Fernando Diaz of Riverside, California, and Jan Salvatierra of Los Cabos, Mexico, competed as super flyweights for four rounds as equals. On the fifth, during a furious exchange, both fighters threw left hooks. Salvatierra missed and Diaz landed. Salvatierra hit the canvas, stood up, and then fell again. Fight over it. Diaz wins. Now 10-1-1 with three knockouts.

Mainboard was scheduled to start at 9pm in the East.