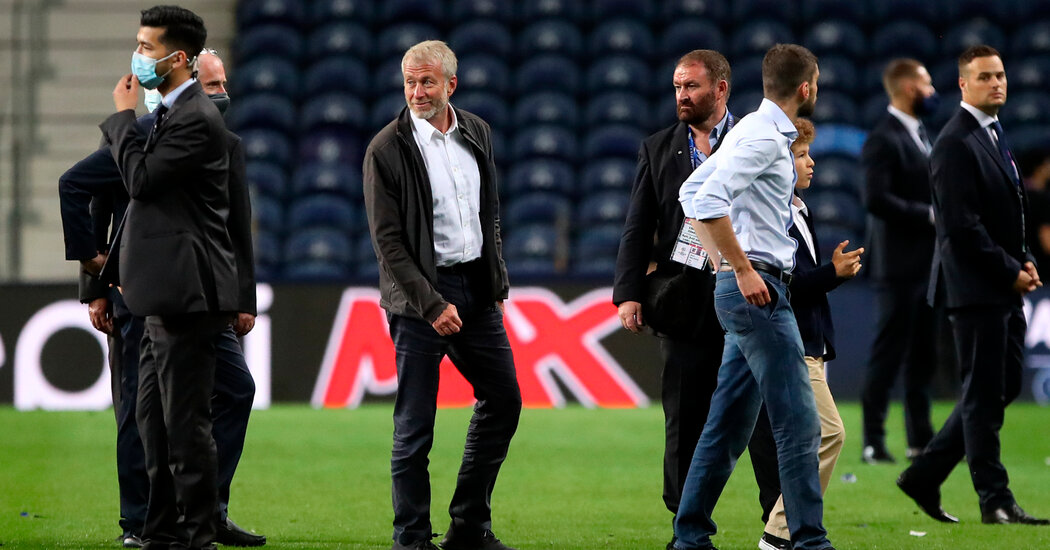 A bid to sell Chelsea FC, one of Europe’s leading football teams, was de facto blocked by the British government on Thursday, when it froze the assets of the club’s Russian oligarch, Roman Abramovich, as part of a broader set of sanctions. announced against a group of wealthy Russian businessmen.

While announcing its actions against Abramovich and six other Russian oligarchs, the government said it was taking steps to ensure Chelsea could resume operations and complete their schedule, including a Premier League match against Norwich City on Thursday night. The government said it gave the team a license to continue its football-related activities in order to protect the club’s interests.

The license, which the government says will be under “continuous scrutiny”, will ensure that the team’s players and staff continue to be paid; season ticket holders will be able to continue to participate in the matches; The integrity of the Premier League, which is considered to be an important cultural asset and one of England’s highest-profile exports, will not be affected.

However, to ensure that there is no money flow to Abramovich, the club will no longer be able to sell new tickets to any games or sell merchandise online or in their stores.

This ban may also make it impossible for Abramovich to follow his post. Plans to sell Chelsea were previously announced.. Under the new sanctions, the British government will now fully oversee this process. The effect would be to drastically reduce any proposed selling price, but could block the sale entirely as the government is unlikely to allow such a large transfer of funds (Abramovich was said to be asking for more than $2 billion for Chelsea). to a sanctioned owner.

“Given the significant impact of today’s sanctions on Chelsea football club and the possible implications, the Government has this morning issued a license allowing a number of football-related activities to continue at Chelsea,” the British government said. in his statement Freezing Abramovich’s assets. “This includes the club’s permissions to continue playing matches and other football-related activities that in turn will protect the Premier League, the wider football pyramid, loyal fans and other clubs. This license will only allow certain clearly named actions so that the designated person cannot circumvent UK sanctions. ”