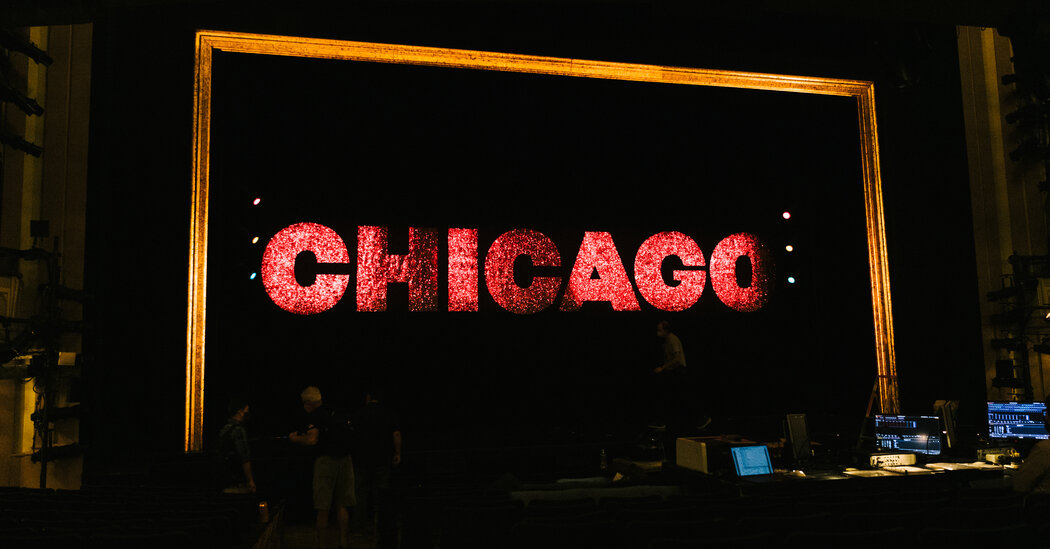 It was six hours before “Chicago” reopened after an 18-month hiatus, and the actors gathered on stage at the Ambassador Theater to listen to a choreographer and director’s notes from the final dress rehearsal. After all these months offstage, even after weeks of rehearsals, a few details still needed to be polished.

“Act Two: Bianca, you’re early for ‘Hi, suckers’,” assistant choreographer Greg Butler told Bianca Marroquín, who plays Velma Kelly. He asked her to get off the stage and try the entrance again.

“Fierce, that’s how we do it,” Butler replied.

And with that, the cast of John Kander and Fred Ebb’s long-running musical “Chicago” is back in business.

“Eighteen months is too much,” Marroquín, who played Roxie Hart before playing Velma, said in an interview as she stepped off the stage to sit in the empty auditorium. “Everyone has gone through a lot of trauma and anxiety and it hasn’t been easy for us. Life goes boom-boom and takes the stage. It was difficult.”

He talked about the feelings of coming back. “This is what we do,” he said. “Without that, our life was a bit dark.”

Now celebrating its 25th anniversary on Broadway this year, “Chicago” is waiting to see what its next episode will be like. Tourists, who make up two-thirds of the overall Broadway audience, are particularly important to “Chicago.” One of the big long-standing questions is when (or if) they will start flocking back.

“We’re definitely a tourist-oriented show,” said Walter Bobbie, the show’s director. “We’ll find out. When he was 10 years old, New Yorkers who wanted to see the show saw him.”

One of those present for Tuesday’s opening performance was lifelong New Yorker Peter Massaro, who paid $250 for Mastercard’s premium package that included dinner and a meeting with the cast. (“I am still shaking,” he said later.)

Massaro first saw “Chicago” 20 years ago. “I haven’t seen it since,” he said. “I’m a huge Bob Fosse fan. A great show from start to finish. Dancing alone.”

Wearing a rhinestone bow tie for the Broadway comeback, Massaro said he had no concerns about watching a show in the midst of a pandemic. “They are doing vaccination and mask checks,” he said. “People respect that, especially in the Broadway community.”