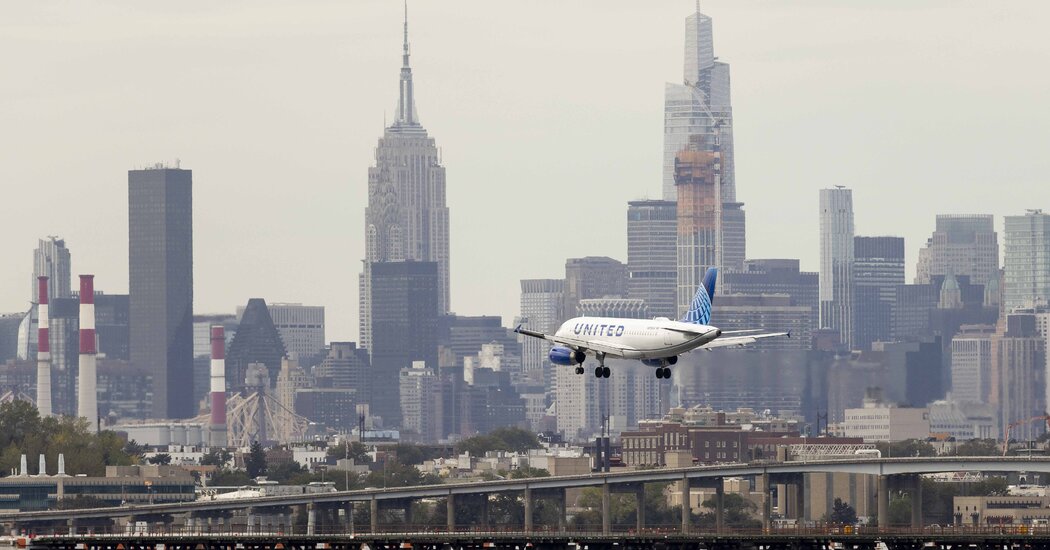 The Federal Aviation Administration announced Friday that more than $100 million in grants to help make flying more environmentally sustainable and less noisy, the first such awards under a ten-year program since 2015.

As part of the Biden administration’s efforts to combat climate change, the grants will go to some of the world’s largest aerospace companies, including Boeing, Pratt & Whitney, Honeywell Aerospace and GE Aviation. The money is earmarked for projects that reduce greenhouse gas emissions or noise pollution. Buyers should invest at least as much money as they receive from the government.

“Communities across the country have been devastated by the effects of climate change – but if we act now, we can ensure that aviation plays a central role in the solution,” transportation secretary Pete Buttigieg said in a statement.

The country’s largest airlines this year promised to eliminate Net carbon emissions by 2050, but it is unclear how they will achieve this target. Electric aircraft capable of carrying several hundred people do not exist and may not be possible for many years or decades. Some companies, such as Boeing, said that sometimes replacing or supplementing petroleum-based jet fuel with alternatives made from waste can help reduce emissions. Airbus is working to develop a hydrogen-powered aircraft. Her It is not clear how valid Both approaches will do.

President Biden has taken a number of measures aimed at reducing carbon emissions. Eliminate emissions from the energy sector by 2035 and selling half of the new cars sold electricity by 2030. On Thursday, he set a goal for his management replacing all jet fuel with sustainable alternatives until 2050.

“We enthusiastically support the Biden administration’s approach to our industry,” American Airlines CEO Doug Parker said in a statement.

The new grants are the third round of funding under the Continuously Low Energy, Emissions and Noise program, a public-private partnership that began in 2010. No grants were awarded under former President Donald Trump, who called climate change a “hoax”.

The FAA has already spent $225 million on such grants, including projects to improve engine systems, airplane wings, flight path software, and alternative jet fuels. The investments have helped develop technology that will reduce carbon dioxide emissions equivalent to removing nearly three million cars from the roads by 2050, according to the agency.

GE Aviation and the FAA said they will jointly invest $55 million over the next five years to explore engine improvements, electrification, noise reduction and alternative fuels. These efforts include discovering new engine fan designs, improved heat management, and new combustors that can reduce the amount of nitrogen oxides released by the company’s engines.

“It just allows us to move faster,” said Arjan Hegeman, the company’s general manager for advanced technologies. “We just have so many people and so many budgets, and any involvement and partnership that can help us do more and bring some of these important technologies to maturity sooner and therefore to market sooner is just a great opportunity.”

Mr. Hegeman said that some technologies currently in development may appear in finished products at the end of the decade or soon after.

The maintenance, repair and overhaul division of Delta Air Lines and others plans to use the grant money to develop better coatings for engine fan blades to reduce fuel use and extend the life of engines.

“Like our quest for safer skies, making flying sustainable requires that we continually seek ways to improve,” FAA director Steve Dickson, a former Delta pilot, said in a statement.