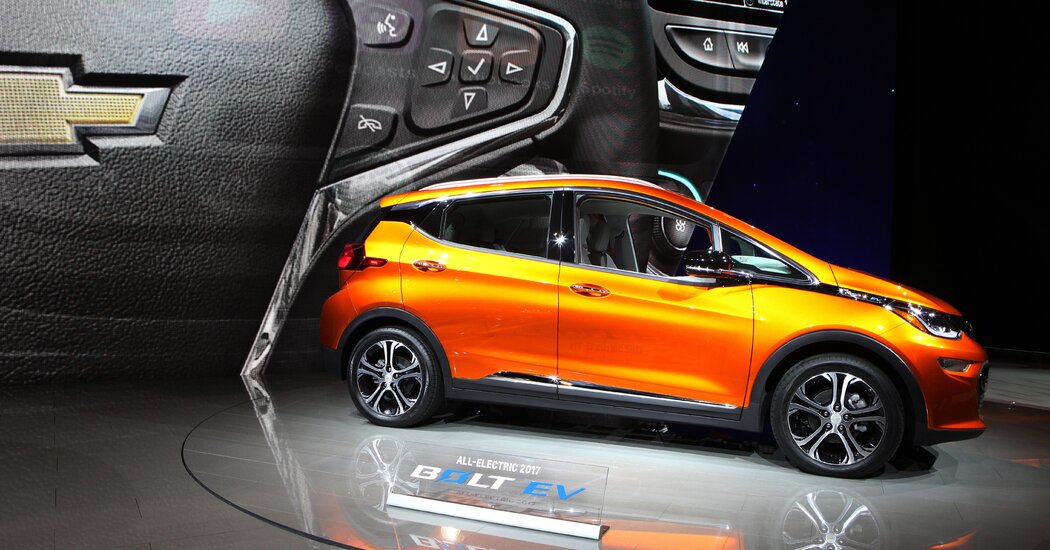 General Motors is recalling approximately 51,000 Chevrolet electric cars in the United States whose battery modules have been found to be at risk of catching fire.

The recall covers Chevrolet Bolts It belongs to model years 2017 through 2019 and comes after an earlier recall to add software designed to prevent cars’ batteries from overheating. Since the initial recall, two fires have been reported, one on a Bolt with updated software installed.

The recalled Bolts use battery packs made in South Korea by LG Chem, a close partner of GM’s electric vehicle strategy.

The automaker said in a statement that GM and LG Chem attributed the fires to two manufacturing defects that could, on rare occasions, be found in the cells in the Bolt’s battery pack. GM plans to replace battery modules with defective cells.

Until replacement modules are available, the company has advised owners to avoid parking cars in garages or near buildings and fully charging their battery packs.

“GM and LG experts have identified the simultaneous presence of two rare manufacturing defects in the same battery cell as the root cause of battery fires in certain Chevrolet Bolt EVs,” the company said. “As part of this recall, GM will replace defective battery modules in the recall population. We will notify customers when spare parts are available.”

The recall came as GM moved to speed up electric vehicle production. It plans to introduce more than two dozen models to the US market in the next few years and is building several. Battery factories in joint venture with LG. GM said it hopes electric vehicle sales will increase and surpass sales of gasoline-powered cars and light trucks in about a decade.

The company has set a goal of ending internal combustion vehicle production by 2035.