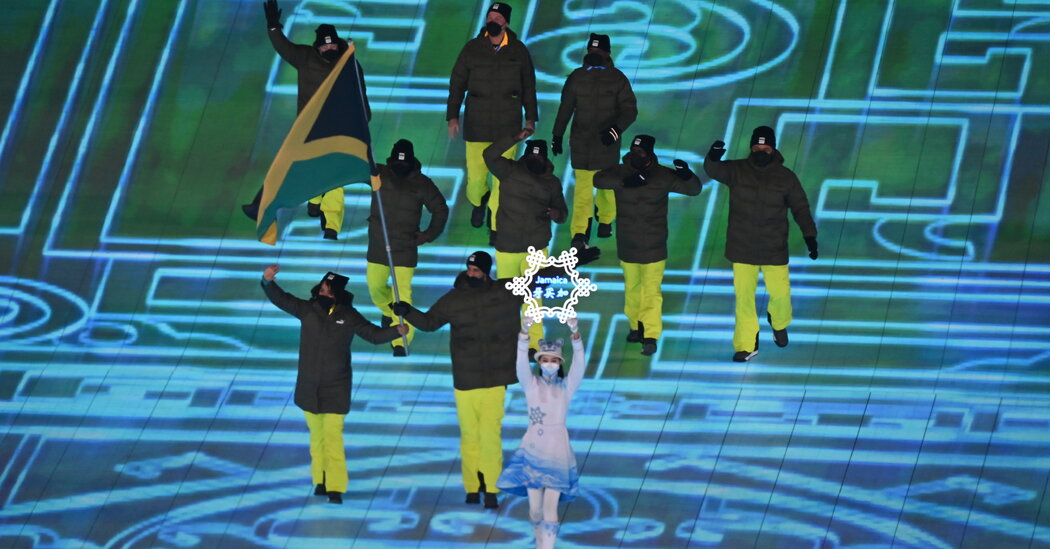 You can be forgiven if you think Jamaica’s flag bearer is a sled. When it comes to the Winter Games and the tropical island nation, almost everyone thinks of tobogganing from the 1988 Olympics that inspired the Disney movie “Cool Runnings.”

But Benjamin Alexander is no bobsleigh. A 38-year-old alpine skier who spent ten years traveling the world as a DJ Maybe you’ve seen him at Burning Man or at one of the many warehouse parties he’s hosted in Brooklyn.

Growing up in England, the son of an English mother and Jamaican father, Alexander started skiing six years ago and narrowly qualified for the giant slalom competition in Beijing a month ago. He has no hope of being competitive, but he likes to ski fast and has been able to take advantage of the international ski federation’s relatively loose qualifying standards for the Olympics, which aims to produce a more diverse field.

Alexander leads Jamaica’s seven-man Olympic team. The rest of the team, in fact, are all sleighers.

Alexander arrived in Beijing on Wednesday and spent Thursday and Friday struggling to find the appropriate uniform for the opening ceremony.

“My first major sponsor thought my post was a big joke,” Alexander said in an interview on Thursday. “Then they realized that I could actually do that and help them in their efforts to diversify their market.”