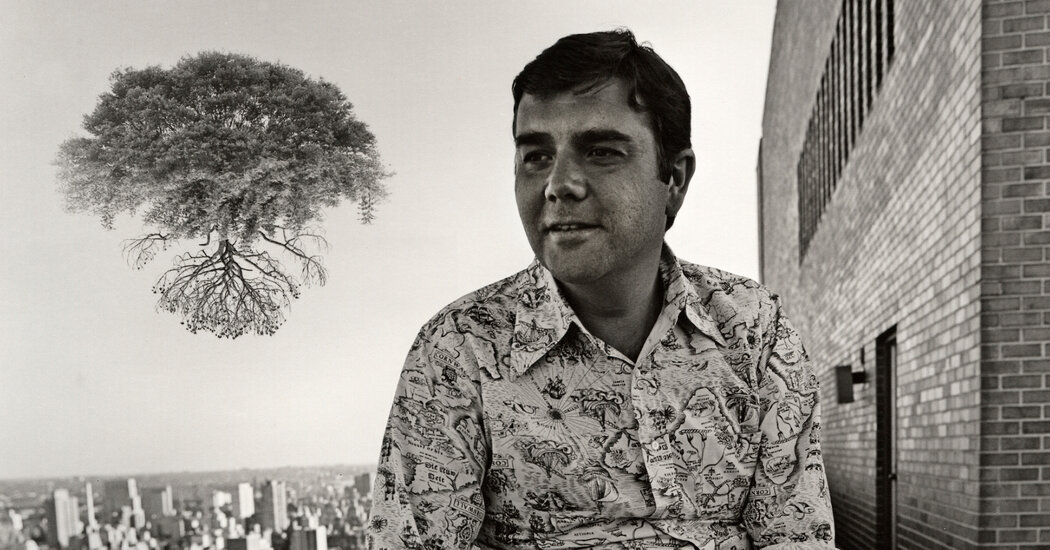 Peter C. Bunnell, who, during his 35-year career at the Museum of Modern Art and Princeton University, transformed the history of photography from the side interest of professional photographers into a strict academic discipline, died at his home in Princeton on September 20. He was 83 years old.

Malcolm Daniel, who trained under Professor Bunnell and is now curator at the Houston Museum of Fine Arts, said the cause was melanoma.

The unequivocal recognition of photography today as a discipline worthy of both fine art and historical science is a measure of Professor Bunnell’s success. Things were different when he entered college in the late 1950s: He had to struggle to find professors who took the subject seriously, let alone programs.

“There were a lot of schools where you could learn to take pictures” said in an interview with The New York Times in 1972. “But despite the growing awareness of photography’s importance, nowhere was there a program to examine the aesthetics and history of photography.”

He was the first student to major in art history at Yale. Working on a dissertation on photography. When he moved from the Museum of Modern Art in New York to Princeton in 1972, he inherited the country’s first endowed chair in the history of photography.

Things had changed when he retired in 2002: While any worthwhile art history program has a photography concentration, his photography collections have grown dramatically in museums and libraries. And in many cases, the curators and professors who oversaw these efforts were trained under Professor Bunnell.

“We were seduced by his charisma, energy and knowledge of discipline,” said Mr. Daniel.

Unlike many prominent art historians, Professor Bunnell never wrote a landmark book or created a pioneering theory. Its importance lay in his vision for his field and his ability to show his students how to get there.

He helped them get the right scholarships, produce the right dissertations, and find the right associate curator positions – all benefiting from his thick network of artists and scholars.

“It put them on a professional path as well as an intellectual path,” said Joel Smith, another former student who is now at the Morgan Library and Museum in Manhattan.

Professor Bunnell’s passion was not limited to graduation seminars. Many of his students first came to the field after taking one of his always-oversubscribed survey classes, where the enrollment number was often matched by supervisors, assistants, and even townspeople who had heard of his lectures.

Emmet Gowin, a photographer and colleague recalled the enthusiasm that gushed from Professor Bunnell’s classroom into his studio in the afternoon, often meeting late in the morning.

“My students would come to class over and over again, freaking out about the course they were just taking,” she said. “He succeeded in opening minds and hearts to the viability of photography as something transcendent.”

Peter Curtis Bunnell was born on December 25, 1937, in Poughkeepsie, NY. His father, Harold C. Bunnell, was a mechanical engineer, a local instrument maker, and his mother, Ruth L. (Buckhout) Bunnell, was a housewife. It did not leave any survivors immediately.

His interest in photography developed early on from his love for the media, as well as his desire to escape his father’s insistence on engineering, he said. diaphragm magazine. He bought his first camera, an Argus C3, as a teenager and confiscated a closet at home for his darkroom.

Wanting to become a fashion photographer, he enrolled at the Rochester Institute of Technology, which began conferring a four-year photography degree, one of the first institutions in the country to do so.

His courses were on chemistry and technology, but one stood out: a studio class with the famous modernist photographer. little white (It was also shot with an Argus C3, which Professor Bunnell likes to point out).

The two formed a mentor-mentee relationship. Among other things, Mr. White was the editor of Aperture, the first magazine devoted to photography as an art, enabling Mr. Bunnell to write articles, correspondence with photographers, and organize his personal collection.

Mr. Bunnell earned a master’s degree in fine arts from Ohio University in 1961 and another master’s in art history from Yale in 1965, after which he began work on a thesis on photographer Alfred Stieglitz.

He never completed his doctorate; It was difficult to find support from institutions that still refused to consider photography as a fine art, and there were other opportunities. He joined the Museum of Modern Art in 1966 and within four years became the curator of the museum’s photography department, working under its renowned director of photography. John Szarkowski.

Professor Bunnell has produced a number of groundbreaking shows at the museum.Statue Photography” (1970) presented photographs as three-dimensional objects, forcing viewers to see them as more than reproducible images and as physical artifacts occupying the same space as the people looking at them.

“Photos claimed space that was once only claimed by sculpture and painting,” Sarah Meister, one of her former students and now executive director of the Aperture Foundation, said in an interview.

He brought the same approach to his teaching at Princeton. Refusing to work with slides, he used the university’s ever-growing collection of photographs—one of many initiatives—to show his students negatives, prints, and other works.

Professor Bunnell retired in 2002 and that same year served as chief consultant for the US Postal Service on a series of stamps featuring famous photographs.

“I feel like some kind of celebrity,” she said A reporter for USA 1, a newspaper in Princeton. “They’ve printed 10 million pages and people are sending them to me for autographs.”