Healthy at Last: A Plant-Based 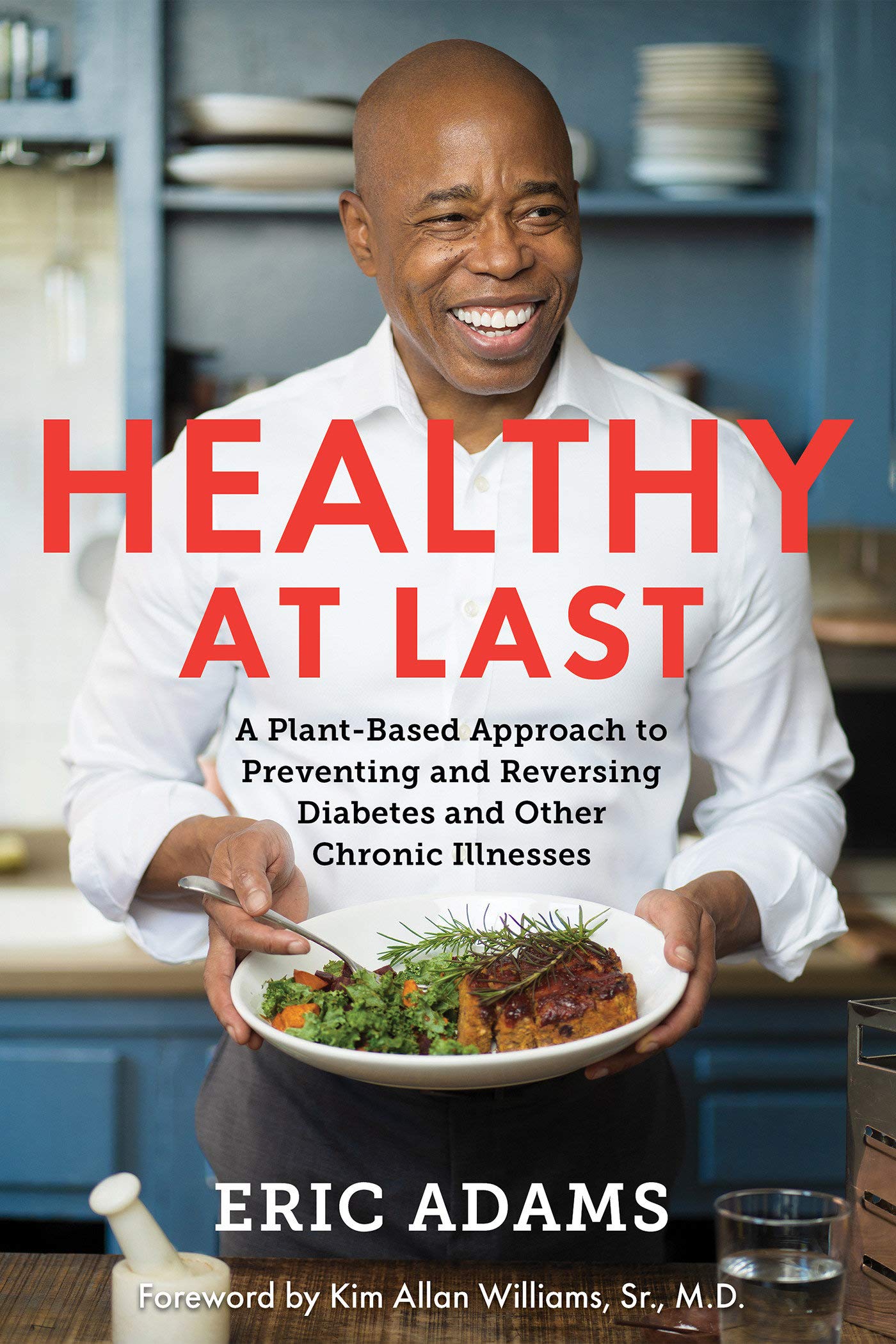 Brooklyn Borough President Eric Adams is on a mission to tackle one of the most stubborn health problems in the country: chronic disease in the African American community.

African Americans are heavier and sicker than any other group in the U.S., with nearly half of all Black adults suffering from some form of cardiovascular disease. After Adams woke up with severe vision loss one day in 2016, he learned that he was one of the nearly 5 million Black people living with diabetes-and, according to his doctor, he would have it for the rest of his life.

A police officer for more than two decades, Adams was a connoisseur of the fast-food dollar menu. Like so many Americans with stressful jobs, the last thing he wanted to think about was eating healthfully. Fast food was easy, cheap, and comfortable. His diet followed him from the squad car to the state senate, and then to Brooklyn Borough Hall, where it finally caught up with him.

But Adams was not ready to become a statistic. There was a better option besides medication and shots of insulin: food. Within three months of adopting a plant-based diet, he lost 35 pounds, lowered his cholesterol by 30 points, restored his vision, and reversed his diabetes. Now he is on a mission to revolutionize the health of not just the borough of Brooklyn, but of African Americans across the country.

Armed with the hard science and real-life stories of those who have transformed their bodies by changing their diet, Adams shares the key steps for a healthy, active life. With this book, he shows readers how to avoid processed foods, cut down on salt, get more fiber, and substitute beef, chicken, pork, and dairy with delicious plant-based alternatives. In the process he explores the origins of soul food-a cuisine deeply important to the Black community, but also one rooted in the horrors of slavery-and how it can be reimagined with healthy alternatives.

The journey to good health begins in the kitchen-not the hospital bed!

In this wonderful book, Eric intermingles history, nutrition, and the cultural practices that have had such profound consequences on the African American community. Inside Healthy at Last you’ll learn:

Eric’s personal story and the stories of others on their plant-based diet transformations
How cardiovascular diseases are impacting communities of color—especially Black Americans
Peer-review research that points to the healing properties of a plant-based diet
The history of soul food and its relationship to slavery
Healthy alternatives and modifications that honor cultural food staples
Features more than 50 recipes from celebrities and health experts!
Shopping lists, and step-by-step meal plans to help readers adopt a plant-based lifestyle

Embark on the journey to good health- one bite at a time.

For the past three decades, Eric Adams has served the residents of Brooklyn as borough president, state senator, police officer, and coalition builder. In November of 2017, he was reelected for a second term to represent Brooklyn as borough president. Born in Brownsville and educated in the city’s public school system, he is committed to ensuring Brooklyn’s bright future by helping each and every Brooklynite reach his or her full potential.

Be the first to review “Healthy at Last: A Plant-Based” Cancel reply