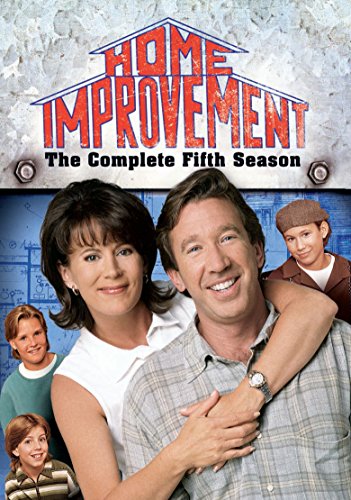 Comedy Superstar Tim Allen returns as Tim “The Tool Man” Taylor in Season Five of the Emmy(R) Award-winning hit comedy HOME IMPROVEMENT. Celebrate the 10th Anniversary of Season Five with some of the most memorable episodes ever, along with exclusive insights from Emmy(R) Award nominated star Patricia Richardson. Join the Taylor family, along with neighbor Wilson and Tim’s faithful sidekick Al for 26 hilarious episodes. The laughs are in full gear in Season Five as Tim lets an honorary degree go to his head, Jill’s success in school leads her to begin doling out psychiatric “help,” and Tim must make a stand when his new boss tries to replace Al. Complete with hilarious bonus features, this 3-disc set is a must-own for any HOME IMPROVEMENT fan.

Be the first to review “Home Improvement: Season 5” Cancel reply