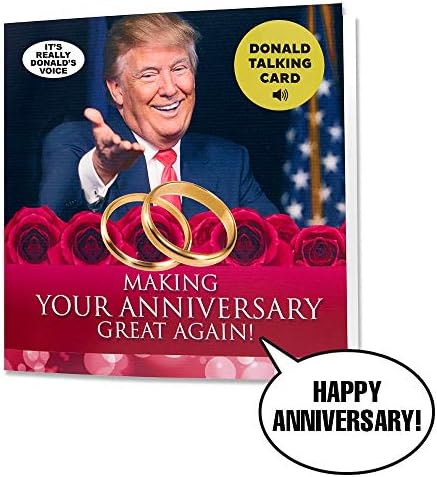 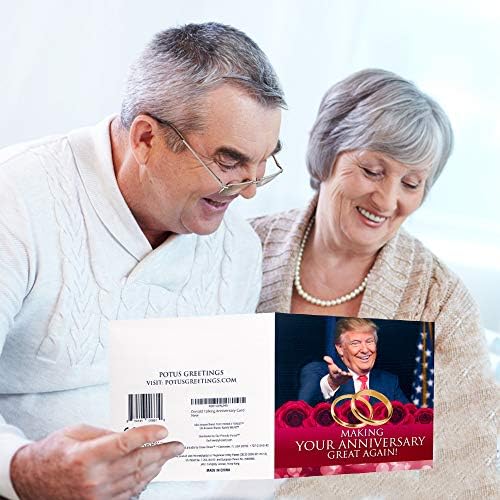 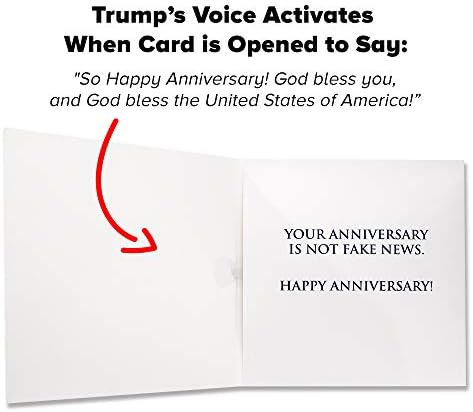 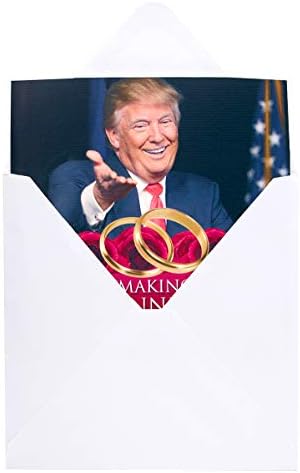 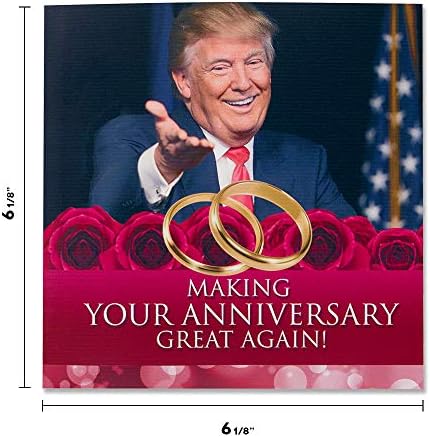 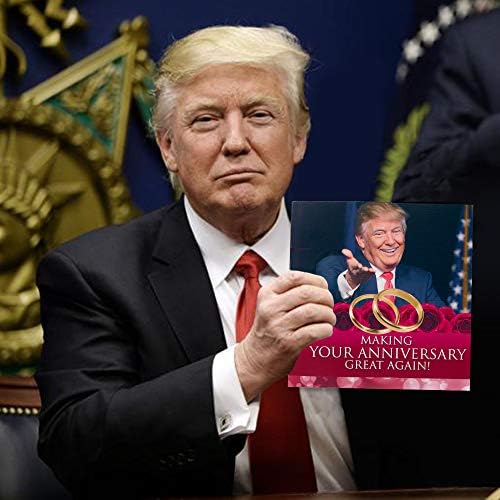 “So Happy Anniversary! God bless you, and God bless America!”

Give Friends and Family the Talking Trump Anniversary Card on their Special Day!

Watch VIDEO above in images section to see & hear this card.

Here’s a problem you may be facing right now. It’s giving a boring Anniversary card to a cherished friend or loved one that they’ll end up tossing in the trash.

Wouldn’t you rather be remembered forever because of the Anniversary card you gave them? A card that will bring joy on their Anniversary?

Well now you can! Give them a Talking Trump Anniversary Card on their special day.

Batteries are already included, so the card starts playing Trump’s voice the moment it is opened. It includes an envelope for quick and easy mailing.

WATCH VIDEO ABOVE IN IMAGE SECTION TO SEE & HEAR THIS FANTASTIC CARD! View the Images section and watch “Trump Anniversary Card” video. Yes, it’s really President Donald Trump’s voice saying Happy Anniversary. Makes a funny and heartfelt wedding anniversary card for a husband or wife, or parents. One of the best paper anniversary gifts for him or her.
VOICE ACTIVATES WHEN CARD IS OPENED! Create big laughs when someone opens this funny Anniversary card and suddenly hears a recorded message from President Donald J Trump saying: “So Happy Anniversary! God bless you, and God bless America!” Funny addition to a wedding present, or as a gift for a happy couple – husband and wife, boyfriend and girlfriend, even your parents!
MAKING ANNIVERSARIES GREAT AGAIN! Whether you’re a patriot or a prankster (or a patriotic prankster), this is the greatest Anniversary card you can give somebody. This novelty talking card is a funny gift for both Republicans and Democrats. And even though it’s a great gag, prank or practical joke toy, the elegance and extra durability of this high-quality, glossy finish card is sure to impress colleagues and acquaintances.
NO RUSSIAN COLLUSION IN THE CREATION OF THIS CARD – Rest assured that Russia had nothing to do with the making of these greeting cards. Funny ideas like these only come from the good ol’ USA. Plenty of blank space inside the card for you to add your own words or write custom messages. Perfect for men or women of any political persuasion. Or give it to your Trumpy Bear.
INCLUDES A “NO LEAKS” MAILING ENVELOPE – Shhh! We won’t leak to anybody that you’re sending this card. The included envelope ensures you can easily sign, seal and deliver the Talking Trump Anniversary Card to a family member or office friend. And nobody will ever know. You’re welcome.