The Art of the Roman Empire: 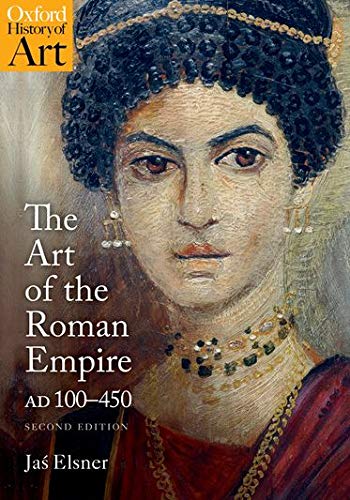 The passage from Imperial Rome to the era of late antiquity, when the Roman Empire underwent a religious conversion to Christianity, saw some of the most significant and innovative developments in Western culture. This stimulating book investigates the role of the visual arts, the great diversity of paintings, statues, luxury arts, and masonry, as both reflections and agents of those changes.

Jas’ Elsner’s ground-breaking account discusses both Roman and early Christian art in relation to such issues as power, death, society, acculturation, and religion. By examining questions of reception, viewing, and the culture of spectacle alongside the more traditional art-historical themes of imperial patronage and stylistic change, he presents a fresh and challenging interpretation of an extraordinarily rich cultural crucible in which many fundamental developments of later European art had their origins.

This second edition includes a new discussion of the Eurasian context of Roman art, an updated bibliography, and new, full colour illustrations.

Be the first to review “The Art of the Roman Empire:” Cancel reply