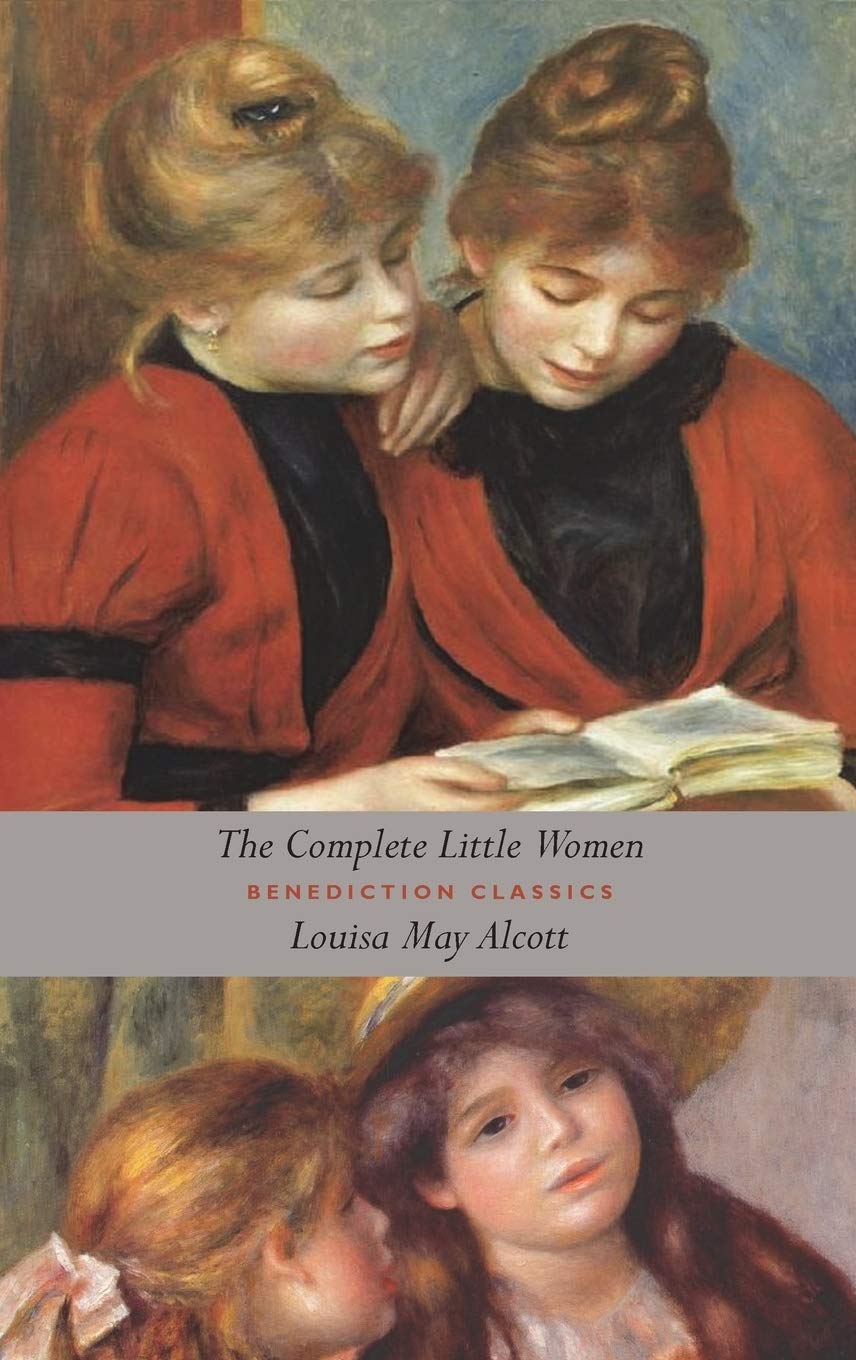 “My favorite literary heroine is Jo March. It is hard to overstate what she meant to a small, plain girl called Jo, who had a hot temper and a burning ambition to be a writer.” – J. K. Rowling

“I read Little Women a thousand times. Ten thousand. I am no longer incognito, not even myself. I am Jo in her ‘vortex’-Cynthia Ozick

“Jo has given generations of readers like … me permission to try to become who we wished. She has helped us to recognize – and to live with, knowing we’re not alone – the conflict between the writer’s need for solitude and self-absorption and the yearning for the warmth of love.” – Gail Mazur

Simone de Beauvoir saw in Jo March “a glimpse of my future self … I identified myself passionately with Jo, the intellectual. Brusque and bony, Jo clambered up into trees when she wanted to read; she was much more tomboyish and daring than I was, but I shared her horror of sewing and housekeeping and her love of books.”

“Reading this novel gave me an exalted sense of myself. It helped me to identify with that young girl and to find comfort in myself when I read it. I was able to tell myself that I too was like her, and therefore it did not matter if society was cruel, because I too would be superior and find my place.”

Louisa May Alcott ended Little Women (1868) with the words “So the curtain falls upon Meg, Jo, Beth, and Amy. Whether it ever rises again, depends upon the reception given the first act of the domestic drama called Little Women.” It was an immediate commercial and critical success, and readers wanted to know more about the characters as they navigate a path between domestic obligations and personal growth. Alcott quickly completed a second volume, Good Wives (1869), and later Little Men (1871) and Jo’s Boys (1886). The novels follow the lives of the four March sisters-Meg, Beth, Jo and Amy, each very different:

“Meg looked very like a rose herself, for all that was best and sweetest in heart and soul seemed to bloom into her face”

“You are the gull, Jo, strong and wild, fond of the storm and the wind, flying far out to sea, and happy all alone.”

“I never wanted to go away, and the hard part now is the leaving you all. I’m not afraid.” – Beth

“I may be mercenary, but I hate poverty, and don’t mean to bear it a minute longer than I can help. One of us must marry well.” — Amy

The four March sisters embody different aspects of the “All-American girl.” The books have been beloved by generations of readers since they were first published.

Louisa May Alcott (1832-1888) lived in New England. Many well-known writers such as Ralph Waldo Emerson, Nathaniel Hawthorne, Henry David Thoreau, and Henry Wadsworth Longfellow were her family’s friends. Her father, Bronson Alcott, was an impractical otherworldly educationalist and so the family lived in relative poverty. Jo March is a semi-autobiographical portrait, and Louisa May Alcott’s writing (most of it under the pen name of A. M. Barnard and only discovered in 1975) like Jo’s, provided the funds to keep the family afloat. Alcott was an abolitionist and an advocate for women’s rights. Numerous women writers, including J. K. Rowling, Cythia Ozick, Simone de Beauvoir, Ursula K. Le Guin, Barbara Kingsolver Margaret Atwood and Maxine Hong Kingston, have been inspired by Little Women and Jo March.

Be the first to review “The Complete Little Women:” Cancel reply