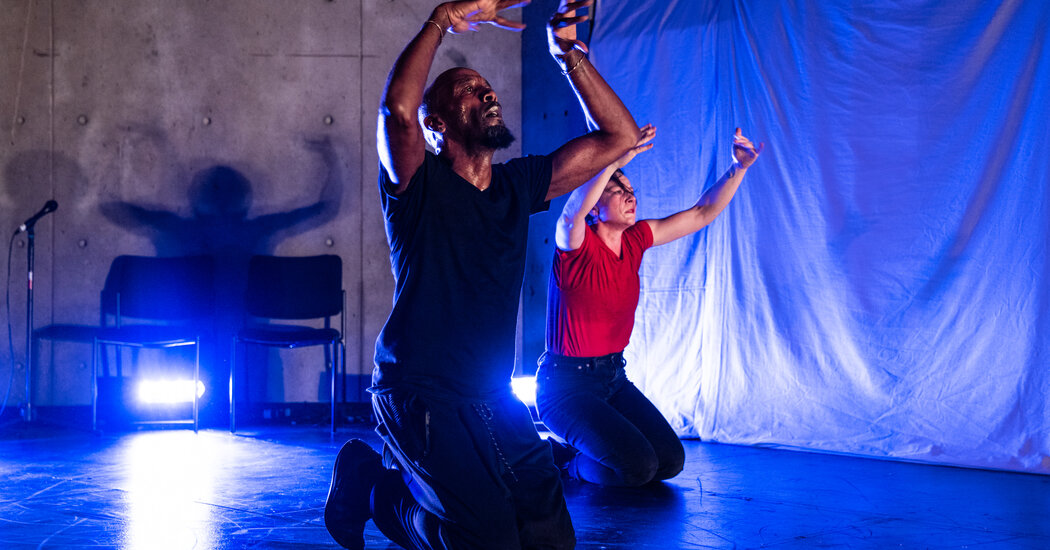 Can choreographers – or anyone really – do something completely new? Totally for themselves? With her “Me Too” series, dancer and choreographer Molly Poerstel reminds us that every artist is a messy combination of influences, other people, and past experiences. In dance, this confusion is especially sincere, it is deeply rooted in the body. As Poerstel wrote about his recent work, “Me too – Monte”, referring to the many choreographers she has danced with: “They have their work in my body, so this work is an extension of their minds and bodies.”

The series explores how a dancer’s past seeps into the present and inevitably the work of collaborators. When a choreographer, for example, performs a solo for a dancer, their co-creation can be seen as their own histories, multiplied. Through this lens, what seems like a simple form – solo – becomes exponentially more complex.

whose job is it? Where does the choreographer end and the dancer begin? In the example of “Monte” as a white woman and a black man (Monte Jones), what are their identities and interpersonal connections? 25 years friends – does this complicate the relationship even more?

These questions came to mind as I watched “Monte” at its premiere at the Abrons Art Center on Wednesday. The nearly 45-minute show features the riveted and candid Jones, an improviser and house dancer who met Poerstel when he was a college dance major. Poerstel has worked with choreographers such as Jeanine Durning, Juliana F. May and RoseAnne Spradlin over the past 20 years; Jones danced with Ronald K. Brown, Ana King, and Marlies Yearby, among others. The program notes acknowledge these influences and their presence in the study. (Jones and Poerstel are known for choreography, Poerstel for concept and directing.)

The audience sitting on the sunken stage of the Bodrum theater looks at a low balcony and the stairs surrounding it. Jones runs down a set of stairs to a pulsating note that features examples of James Blake’s looping, hypnotic songs. “On my mind.” What feels like stream-of-consciousness movement from her slender torso: fluid house footwork; notes of Latin social dance; The familiar churning arms and undulating body from Brown’s repertoire. As the piece progresses, Jones dons a mask and a voluminous red cloak and circles around the two-stage scene: up one staircase, across the balcony, down the other. It draws us into its orbit with both ease of use and live cable durability.

At one point Poerstel joins in for a fleeting duet, crawling on the floor shaking excitedly. In soft stillness, she and Jones lie motionless with their heads touching before quickly disappearing. Its presence is more evident in the overall structure of the work. Like many of the artists he dances with, he uses both repetitions and non-sequences in an intriguing, sometimes jarring way. Here, cyclical structures and sudden changes of light or sound capture the persistence and fallibility of memory, but the way it is based on it only changes shape.

“Monte” does not solve the authorship issues it raises; Nor do I think it was his intention. Instead, he leans into the permeability of the relationship between choreographer and dancer, collaborators and friends. Finally, Jones extends this idea outward as he shares fragmented stories from his life: We are the people we know, even those who are no longer here physically. They are also present in dance.

Saturday at the Abrons Arts Center in Manhattan; abronsartscenter.org.