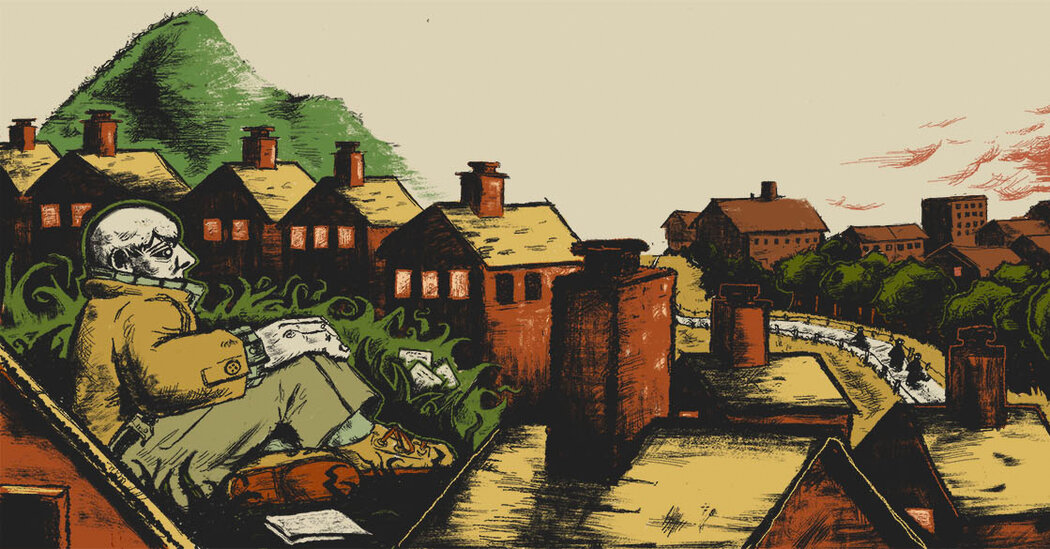 Perhaps you had a similar encounter, reading quietly late into the night, and before you knew it, you were drawn into a story whose energy continues to rise with funny inventions, and your laughter breaks the night. An experience worth pursuing, especially in difficult times.

Trial times are the context for the story “Alps” from Colin Barrett’s second book “Homeland Sickness”. His comedy balances with the collection’s more tragic tenor. The setting is not Switzerland but County Mayo, Ireland at the Swinford Gaels football club. Alps is the local nickname of the three brothers: “short men with big asses and brutally skilled forearms. They breathed coldly through their noses, and whenever he confronted women they would roll their shoulders in a wary display. They billed themselves as merchants, although they never had a qualification in a particular trade between them. ” Their massiveness will play a role in the wonderful, unpredictable ending of the story.

Eight stories in “Homeland Sickness” Barrett’s follow-up “Teen Skins” (2014), a debut that has won major awards including the Frank O’Connor International Short Story Award and the Guardian First Book Award. “Longing for home” broadens its spectrum, and although the first took place in the fictional Irish town of Glanbeigh, the books share a texture with dark humor, excellent dialogue and the signature freshness that makes life palpable on the page. Language counterbalances the sometimes unspoken desperation of the working-class characters and adds emotional complexity to these stories of discord. Painterly depictions combine character and place, as in “Anhedonia, Here I Come,” which follows Bobby Tallis. poet maudit A six-mile hike on the odd side that will lead to a stunning conclusion. “Bobby, the hallways—the sour cream walls lit by dust-covered low-voltage sconces; the furry blue, perpetually damp carpet on which the impressions of shoe prints linger sadly, evoked for Bobby a budget-friendly version of the afterlife.

Irish writers have succeeded in proving the paradox that the local breeds the universal. The title of Barrett’s book refers to this lineage, and in particular George Moore’s classic early 20th-century story of “House Sickness,” an Irish-American immigrant who returns to Ireland to recover but finds he has lost contact. returns to village life and returns to New York.

In Barrett’s stories, homesickness mostly affects those who stay at home but are no longer fit. Their lives orbit physical and mental illness, alienation, substance abuse, wounds, suicide, and bad luck that exceed society’s margin of error. In “The Roads,” three orphaned brothers struggle to stay a family after getting cancer “people.” The house has become an edge, and life at the edge is the theme and diversity, the fundamental design that gives this book its strength. Each story exercises the tension of social connections tested. Sometimes, depending on who’s measuring it, the links seem to persist, as in the memorable opening story “A Shooting in Ra Threedane.” In other stories, despite good intentions and intimate ties to the past, the resilient cannot sustain the vulnerable.

As a writer, Barrett does not legislate from the top down. Their rebellious character rises with their vitality and mystery intact. Their stories are not shaped by familiar decisions – no awareness, no morals, no enlightenment. The absence of a traditional solution risks leaving an otherwise compelling story like “Silver Beach”, where part of life feels adrift. But in most of the stories in this book, reinventing an ending is reinventing how a story is told, and in general, “Longing for Home” is embellished with an original, lasting beauty

Stuart Dybek is the author of the latest “Paper Lantern: Love Stories.”