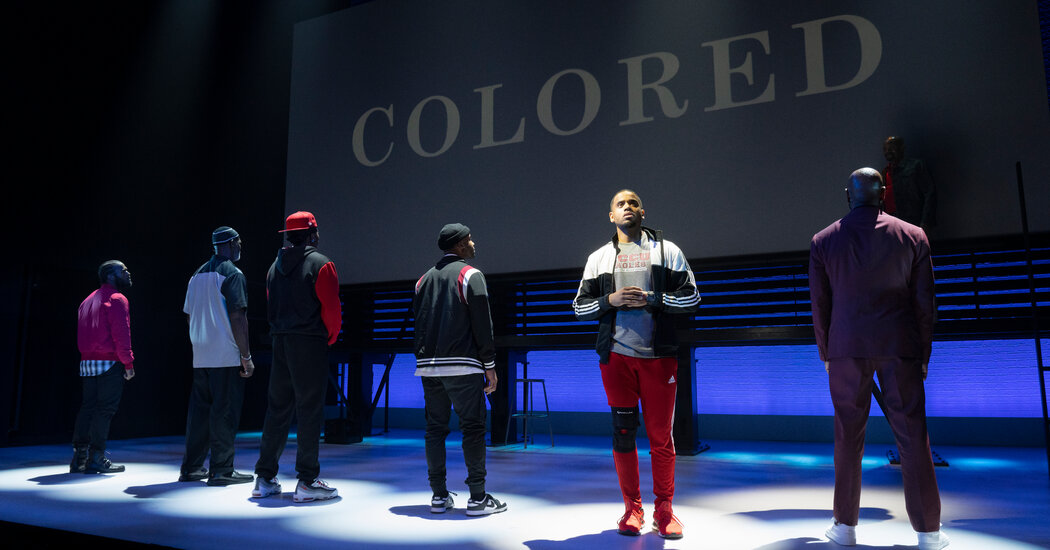 Seven Black men take the stage in the opening of Keenan Scott II’s Thoughts of a Man of Color. Throughout the game, each will reveal a personality and history, but not a name, they will then introduce themselves as Love, Happiness, Wisdom, Lust, Passion, Depression and Anger. Wearing different combinations of black, gray, and red, they stare at a huge billboard that reads “COLOR” on the descriptive black covers.

One of them then asks the game-starting question: “Who is the Man of Color?”

That’s a question Scott doesn’t quite know how to answer for his Broadway debut, which opens Wednesday night at the John Golden Theatre. “Thoughts of a Colored Man”, consisting of slam poetry, prose and songs performed by its seven-man cast, which was screened for the first time at Syracuse Stage in 2019 as a co-production with Baltimore Center Stage, aims to be a lyrical showdown with Black life. America, however, only offers a series of strawman lessons.

Set in modern-day Brooklyn, amid many symbols of gentrification (Citi Bike stations, Whole Foods, and Paris Baguette), “Thoughts” often uses vignettes to check-in with various characters grouped together. Although the show, directed by Steve H. Broadnax III, lasts only 100 minutes, it takes us to a bus stop, a basketball court, a barbershop, a hospital, and more, in a series of 18 fast-paced scenes.

Characters ranging in age from the late teens to mid-60s have specific themes to sample: Elder Wisdom (Esau Pritchett) talks about respect, history, and ancestry; Anger (Tristan Mack Wilds) unravels about the pitfalls of consumerism and the objectification of Black athletes; and Happiness (Bryan Terrell Clark) challenges ideas about Black struggle and class.