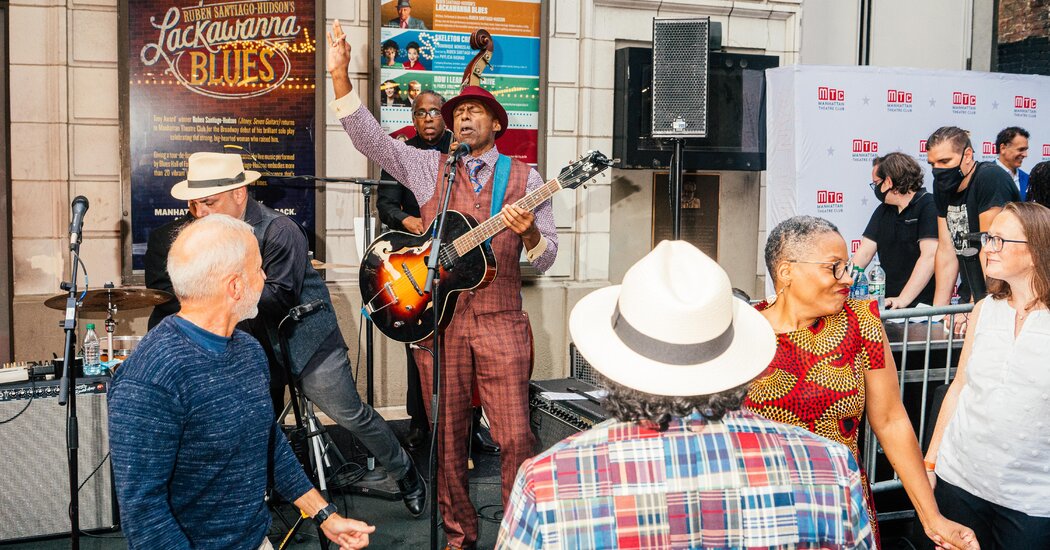 About six months ago, Ruben Santiago-Hudson, creator of the play “Lackawanna Blues,” asked a friend to open an empty theater for him.

“I just needed this—sitting on seats, walking on stage,” Santiago-Hudson said in an interview this week. “For nearly 50 years, I’ve spent some time in the theater every year: watching a play, being in a play, directing a play, writing a play. It was suddenly taken from him.”

On Tuesday, Santiago-Hudson is back in theater in a big way: “Lackawanna Blues,” which he wrote and directed and starred in every role, at the Samuel J. Friedman Theater on West 47th Street.

Game offered for the first time on Broadway in 2001, and adapt into A TV movie in 2005focuses on the character of Nanny, who runs a hostel and brings strength and morality to generations around her, a memory of Santiago-Hudson’s youth near Buffalo.

At a ribbon ceremony outside the theater on West 47th Street, where ticket holders and enthusiasts avoid rush hour traffic, Representative Carolyn Maloney presented a cheeky New Yorker’s Broadway defense. “What would New York be like without Broadway?” asked. “Seriously, that’s what makes the city feel so great. If we didn’t have Broadway, we might be in Chicago or any other big city.”

S. Epatha Merkerson, who played Nanny in the television movie “Lackawanna Blues” (and a longtime “Law & Order” appearance), was ready for the pre-show festivities.

“We are baaaack!” he said, referring to Broadway.

“Lackawanna Blues,” a Broadway production by the Manhattan Theater Club, had been planned for several years. Lynne Meadow, the company’s longtime artistic director, said in an interview that she sees it as a celebration of “heroism” and that it’s even more appropriate now. Voiced by blues guitarist Junior Mack, the play features Bill Sims Jr. presented with music.