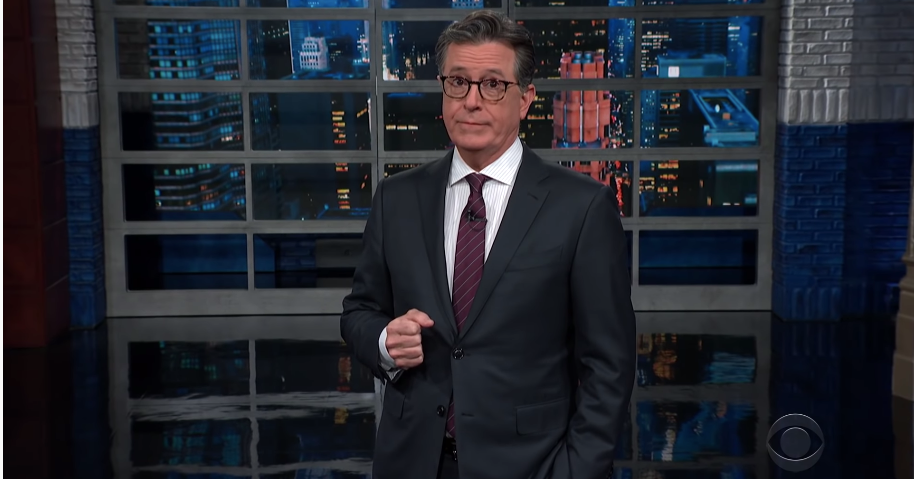 “I saw that, due to a major winter storm, a 50-mile lane of I-95 was closed in Virginia and drivers were stuck on the Interstate for more than 24 hours. By the way, there was a dad sitting there like, ‘I wish I could cross one lane.’ — JIMMY FALLON

“The only happy person was the taxi driver who made $14 million.” — JIMMY FALLON

“And right now probably the best place to be quarantined on the planet is no better than I-95 in Virginia, where cars are stuck in traffic jams for nearly 27 hours. Holy never gets to Toledo!” — STEPHEN COLBERT

“In fact, Virginia Senator Tim Kaine was one of the vehicles trapped on the Interstate, causing him to tweet: ‘I started my regular 2-hour drive to D.C. yesterday at 1 am. 19 hours later, I’m still nowhere near the Capitol. ‘ But his journey wasn’t over. It took him 27 hours to get to work. Twenty-seven hours! The stakes were high because it only takes 24 hours for someone to forget who Tim Kaine is.” — JAMES CORDEN

“One moment you’re about to become vice president of the United States, the next you talk about hydration.” — JIMMY FALLON