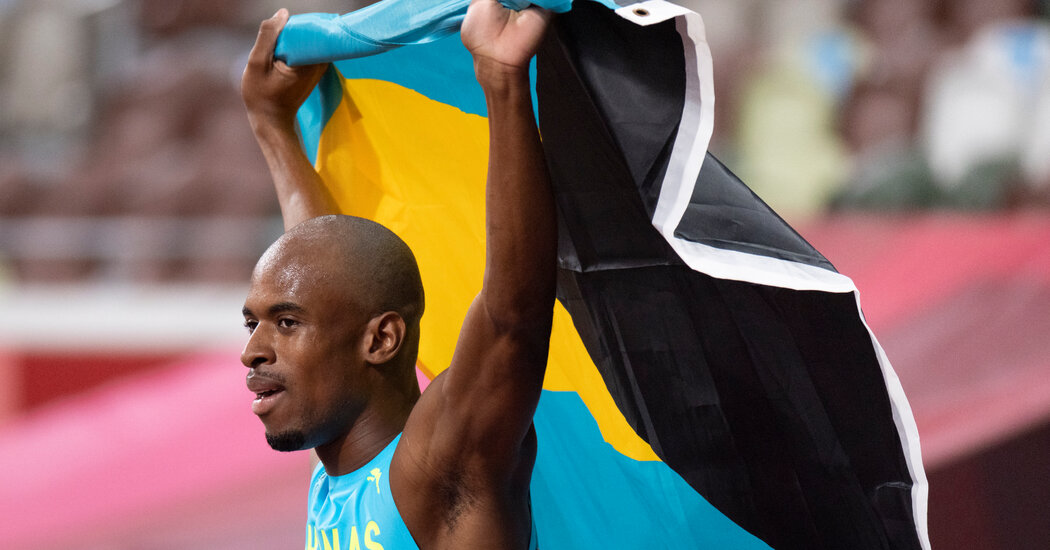 TOKYO – Bahamian Steven Gardiner emerged from the crowd and won the men’s 400m gold medal. Finishing in 43.85 seconds, Gardiner was challenged by Colombian Anthony Jose Zambrano, who was second, and Kirani James, of Grenada, third. It was James’ third consecutive Olympic medal in this event: he won gold in 2012 and silver in 2016. Grenada has three Olympic medals in the country’s history, and they all belong to James.

And sometimes, these records fall earlier than expected in qualifying.

Ask Matthew Centrowitz, who is trying to defend himself. Olympic champion in men’s 1500 meters. He ran the fastest time of the year in Thursday’s semi-final race and missed Saturday’s final. His time of 3:33.69 was good enough for ninth place, well behind Kenyan Abel Kipsang, who set the Olympic record (3:31.65) and qualified.

Cole Hocker, 20-year-old American Won the event at the US trials and having just finished his sophomore year at the University of Oregon, he was luckier. He just had to run his best time of his life 3:33.87 to finish second in the race and secure one of the five automatic spots in the final.

Centrowitz, 31, said he was disappointed with his tactics.

“We all knew it was going to be a fast race, and I put a lot of emphasis on just being on the shoulders of the front,” he said. When they break the Olympic record in the qualifiers, you can’t go out in lane 2, lane 3 and waste your energy like that.”

Asked if he would likely compete over another Olympic cycle, Centrowitz said, “It’s hard to say. We have to finish the season and see how it goes. Obviously, at some point, age catches up with us.”

Katie Nageotte from the USA made sure her first Olympic experience was unforgettable. He cleared 16 feet three-quarters of an inch to win the gold. Russia’s Anzhelika Sidorova was second and Britain’s Holly Bradshaw was third.

Multiple events crowned their champions. Damian Warner was Olympic gold medalist in the decathlon and set Canadian and Olympic records with a score of 9,018. Frenchman Kevin Mayer won the silver and Ashley Moloney the bronze. Garrett Scantling of the USA finished fourth.

And Belgium’s Nafissatou Thiam became the first woman to repeat as Olympic heptathlon champion since Jackie Joyner Kersee won consecutive titles for the USA in 1988 and 1992. A pair of Dutch athletes joined Thiam on the medal podium: Anouk Vetter finished second and Emma Oosterwegel third.