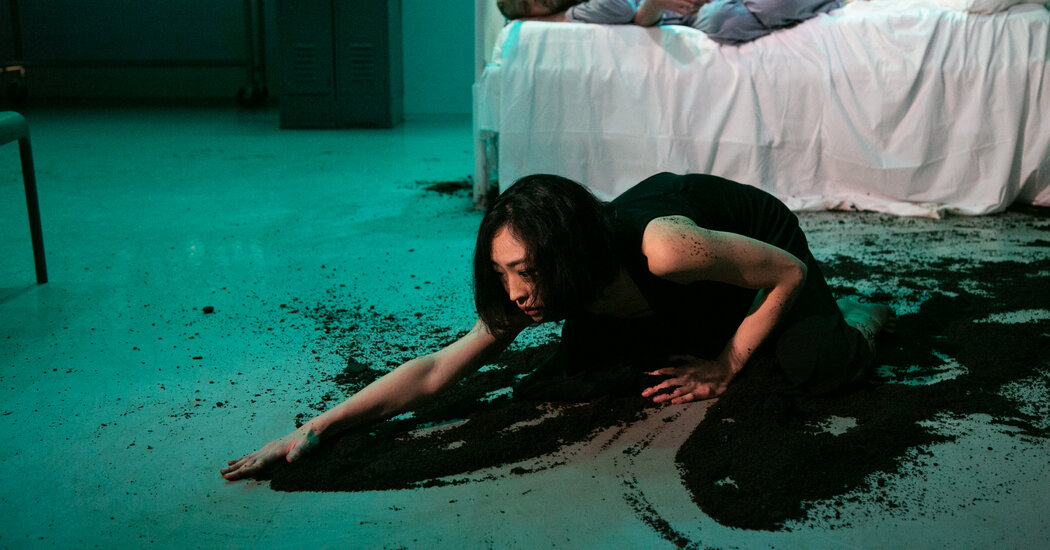 Imagine a standard, sterile hospital room. An arm snakes out from behind a closet, followed by the rest of the body—a man who moves like a snake, crawling and crawling under the bed. Immediately, the death that was implicit in the setting became visible, bodily, though still somewhat figurative. The man who proposed death is a dancer.

“The Last Ward” Hey Samar! Dance Theater Gibney: A dance work choreographed by the company’s artistic director, Samar Haddad King, that premiered at the Agnes Varis Performing Arts Center on Thursday. But it is a play with the poetic texts of Amir Nizar Zuabi, who also directed the 65-minute production. The unusually ingenious combination of dance and oral theater amplifies what might sound like a cliché: a deep meditation on life and death.

At the center is a patient played by successful Palestinian actor Khalifa Natour. A woman who appears to be him and his wife (Yukari Osaka) looks baffled as they enter the hustle and bustle of the hospital. The dancers in gowns jump around and act in a formal manner, performing a stylized version of the enigmatic activity that any patient would recognize.

The stylization exposes the absurdity and the physical comedy continues as Natour receives plant-bearing guests. Two visitors, who may have grown children, argue over the proximity of his bed. The medicine he gave afterward seems to cause hallucinations. A friend (little Mohammed Smahneh, who also plays the serpentine figure in the beginning) seems to dissolve, body parts going in different directions.

But the stakes remain high when Natour recounts the moment his doctor diagnosed him, with nearly all speech in Arabic and with English captions clearly projected on the back wall.

The condition cannot be cured. Anonymous sounds like cancer: “the same force that created life” has now gone “crazy”. Zuabi’s text and Natour’s understated performance give the disease a terrible beauty: “My cells divide and divide and divide.”

This mix of beauty and gruesome truth is the power of the text, and is further imbued with everyday details, such as when Natour lists “Things To Do After I’m Gone.” Earlier, he tells the childhood story of buying fish in a plastic bag. On the way home, the bullies grab the bag and throw it at each other. “I could see my fish floating calmly through the air,” he says—his first sense of death, before dropping the bag and watching the fish’s gills open and close and become motionless.

Death in the hospital is everywhere, of course. Production reminds us of this. when dancers using IV bags appear during the fish story. Her room opens onto a corridor at the back, and a regular wheel with a body on a stretcher periodically passes by.

And then there’s the dirt. At first it appears as the food he serves, an oddity you might not notice at first. Soon, however, dirt scatters all over the place, despite his wife’s desperate efforts to tidy him up, or the staff’s half-hilarious cleaning routines (Jefferson Airplane’s “White Rabbit” mixed with effective electronic music by King). metaphor, dirt is not thin. Strong.

The proliferation of dirt evokes a memory of Natour’s character who helped bury her grandmother when she was 15. She remembers thinking of her not as the old woman she was, but as the desirable girl she once was, shoveling that thought out of the ground. to a dancer who embodies feminine charm. She says that after burying her grandmother, she went behind the house with her girlfriend, undressed, and fell “over and over” with her.