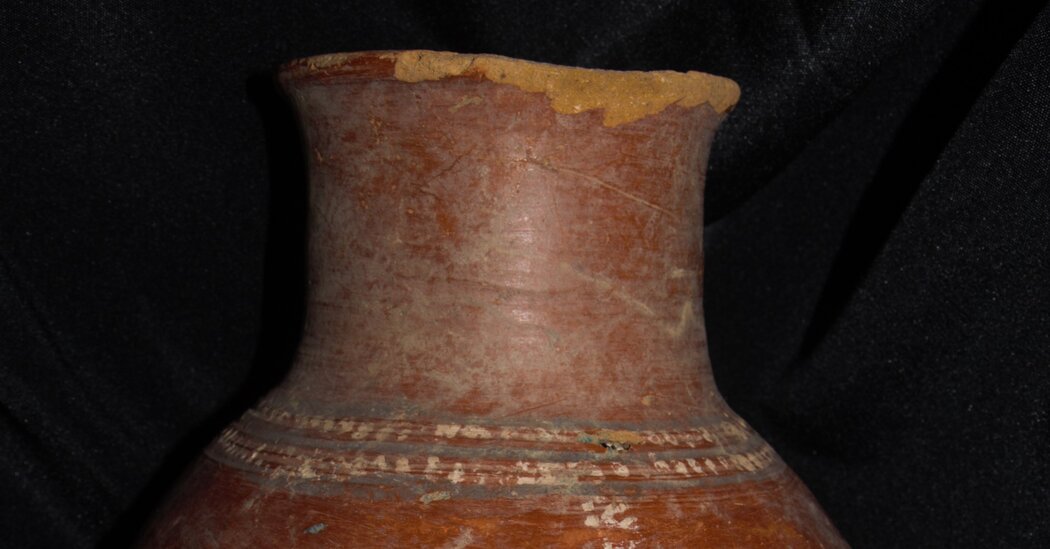 More than 900 artifacts seized in an illegal shipment have been returned to the Malian government, US officials said on Monday. Homeland Security agents first seized items in the Port of Houston in 2009, including ceremonial and funerary objects, some of them from the Neolithic period.

Officials described the discovery at the port, which is one of the busiest ports in the country, as equivalent to finding a needle in a haystack.

“A nation’s cultural assets and antiquities define who they are as a people,” researcher Mark Dawson, who oversaw the search, said on Monday. “No one has the right to loot and destroy that heritage and history.” According to the statement, Homeland Security agents “will aggressively target anyone who steals a nation’s priceless cultural treasures.”

The journey of the artifacts began in March 2009, when the US Customs and Border Protection Agency alerted the Homeland Security investigation branch of a suspicious container in the port. The container came from Mali with papers claiming to hold reproductions of cultural items. Upon inspection, the products turned out to be genuine. Susan McIntoshAn anthropologist at Rice University, he researched the ancient artifacts and published a report later that year.

Homeland Security officials said in 2011 the United States began the process of returning the artifacts to Mali, but efforts stalled as the West African country entered a period of civil unrest and economic hardship. In June 2020, the Ministry of Foreign Affairs provided a grant to Mali to fund the return of the works and their final exhibition there.

“We attach great importance to culture,” Mohamed Traore, adviser to Mali’s Permanent Mission to the United Nations, said in an interview. “We saw these objects as part of our history that no longer exists.”

Traore said US authorities informed the Malian government of the return of looted artifacts this year, after which repatriation negotiations resumed. He announced that the works delivered to the diplomats today will be returned to Mali immediately and the Ministry of Culture will evaluate them there. Their ultimate destination will be the museums “including the National Museum of Finance in the capital, Bamako.”

Financial regulations require anyone wishing to export the artifacts to submit the items for certification by the National Museum. Since 2007, the United States has ratified an agreement with Mali to protect cultural assets. However, in the last ten years, the country has increased loot A series of crackdowns on its cultural heritage by terrorist organizations and local militias also weakened the government’s ability to enforce laws. Earlier this year, military officials overturned the country’s interim civilian leaders just nine months after the previous president was impeached hardly.