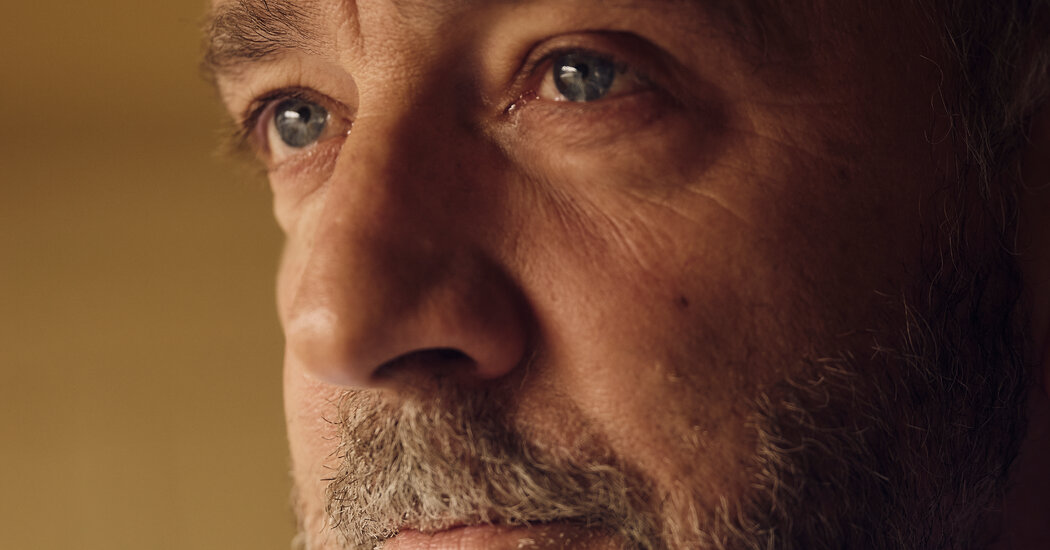 Crime writer George Pelecanos has had a lot to keep him occupied during the last two years of quarantine and social distancing. He estimates that he has read about 200 books. He has watched numerous Turner Classic Films and the Criterion Channel. He worked with his longtime creative partner, David Simon, to write the new HBO mini-series “We Own This City,” which he is producing.

But he couldn’t wait to get out of the house. Most writers are lonely; but Pelecanos enjoys the creative energy of collaboration and the inspiration he gets from meeting new people. In a recent video call, her eyes lit up as she talked about returning to a set surrounded by the actors and technicians who made “We Own This City.”

“I love working with these people who I think are artists,” he said. “The crew, they are craftsmen, and we are building a world together. It’s really interesting for me.”

Based on Justin Fenton’s nonfiction book about Baltimore police corruption, the series is the first book Pelecanos oversees as showrunner and takes him back to the streets and backstreets of Baltimore that made him enter the television world as a writer 20 years ago. the groundbreaking crime saga “The Wire.”

Simon, who created “The Wire,” suggested that “We Own This City” served as a sort of code for that hit series that aired on HBO from 2002 to 2008. At the end of “The Wire,” Simon was alarmed. by the level of dysfunction in a police department he’s dealt with closely—and sometimes approvingly—first as a Baltimore Sun reporter, then as a TV writer.

“It was getting more and more brutal with the mass incarceration and the obsession with drug statistics,” he said in a phone interview. “But even that was a long day’s journey for the guys to literally rob the drug dealers and then put the drugs back on the street.”

“We Own This City” follows an elite team of Baltimore police, led by Jon Bernthal’s Sgt. Wayne Jenkins (based on a real officer), on the other hand, presents a serious image of protect and serve to the public as it engages in more and more daring criminal enterprises. However, as with “The Wire,” which expands to investigate the collapse of multiple nonprofits, the new series’ objectives are broader than they initially seem. “We didn’t want to just do a show about dirty cops,” Pelecanos said.

“We saw this as a way to talk about the larger policing issues in America,” he said. “We wanted to talk about why: How does a policing system both allow and encourage corruption?”

On a more personal level, Pelecanos saw “We Own This City” as a chance to once again bring together some of the crew and writers from “The Wire” before they “get old” where they can spend 12 to 14 hours. one day on set.

That seems like a preoccupation for the Washington DC native who still lives in the area with his wife of over 35 years, Emily. The 65-year-old Pelecanos still looks young, despite having some graying in his beard and some air in his deep, slightly southern-accented voice. But over the course of an hour-long interview, he wondered aloud if he was running out of time to get together with old friends and make television.

This is perhaps partly due to Pelecanos’ late start as a television writer, as well as his late start as a novelist. He attended the University of Maryland, studied first, then quit journalism because “I felt surrounded by all the rules.” Inspired by what happened in the cinema in the 1970s, Pelecanos transferred to the cinema department, where he said “I found my family”.

He also took a course in detective fiction that would make him the defining professional route of his life. After graduation, she got married and took a series of low-paying jobs to pay the bills, while she pursued her passion for detective work and mystery, trying to learn how to be a novelist. “For 10 years, I read like two novels a week, trying to understand,” Pelecanos said.

“I guess you could say I’m a stray,” he added. “But all the bars, kitchens and sales floors I worked at – although I couldn’t claim to have known at the time – all this gave me a lot of material and I continue to mine.”

At the age of 31, Pelecanos quit his job in the 1980s and began working on his first novel, “A Firing Offense,” which introduced the amateur detective character Nick Stefanos. “I was in the punk movement here in DC,” Pelecanos said. “These guys were making art and they didn’t go to Juilliard. Why can’t I write a book?”

He sent the article unsolicited to New York publishing houses. st. An editor at Martin’s Press found him in the sleet. The novel was published in 1991 and Pelecanos was on the way.

He wrote two more books featuring Stefanos and created other recurring characters, including private detectives Derek Strange and Spero Lucas. It gained more critical attention in the late 1990s thanks to the series “DC Quartet”, which tells loosely connected stories that follow the lives and legacies of a handful of fictional natives in the latter half of the 20th century.

Pelecanos’ books are known for their tight fiction, colorful dialogue, and rich characterization, along with rich detail about the places, cars, sports, food, music, and movies that define his Washington. While crimes and mysteries drive the story, he’s often more interested in drawing pictures than solving puzzles.

In 2002, Pelecanos joined the writers’ room for the first season of “The Wire” – Simon was a fan of the writer’s work and they traveled in some of the same social circles. Simon said the two writers were in harmony “from the first moment we met”.

“We were both thinking with the same mind about what was happening to the cities,” he said. “Whether it was Baltimore or DC, we were after the same things.”

The skills of the two men were complementary. While Pelecanos thought more like a storyteller, Simon approached the series’ narratives of labor and crime from a journalist’s point of view.

“I’ve always admired George’s capacity to find the dramatic,” Simon said. “We continued to give him the penultimate episodes of ‘The Wire’ seasons where he would have a dramatic death. In some ways, that was more the most important thing to a novelist.”

Even as Pelecanos recovered as a writer, he had never lost his desire to become a filmmaker. But “the Sydney Lumet movies that I love so much are no longer made into movies,” he said. “They are being made as television.”

So Pelecanos continued working with Simon and HBO after “The Wire” ended, first on “Treme” and then “The Deuce.” (“We watched TV for hours together, communicating in bits and pieces,” Simon said.) The usual dynamic in their partnership with “We Own This City” was reversed and Pelecanos became Simon’s “winner”. equals.”

The project reached both men in a roundabout way. Simon read Fenton’s articles in The Baltimore Sun about the city police department’s Gun Trace Task Force and how some of its famous officers secretly planted evidence and leaked cash. Simon suggested Fenton turn his investigative journalism into a book; and then HBO offered Pelecanos the chance to adapt the book and become its first showrunner.

Pelecanos accepted the offer on the condition that Simon and their co-producer Nina Kostroff bring in Noble. (“He doesn’t get enough credit,” Pelecanos said.) As they did on “The Wire,” Simon, Pelecanos, and the cast and crew took to the streets of Baltimore to listen and tell people, including the police. their stories.

“When you do these shows, you learn about a city,” Pelecanos said. “I’ve been to places in Baltimore that most Baltimoreans have never been and never will be.”

The star of the show, Bernthal, was impressed by Pelecanos’ investment. “George was on set literally every second of every day,” Bernthal said in a phone call. “This was obviously very important to him.”

Bernthal added that Pelecanos’ intense attention to detail permeates every corner of the production, from the in-depth descriptive scene directions in the scripts to the makes and models of the cars in each scene. (Simon recalled receiving “a distinctive George Pelecanos note” during the audio mixing on “We Own This City” when his partner complained that a particular car’s engine was “too high performing”.)

There is a reason for this meticulousness. Pelecanos said, “I shed blood when writing a screenplay as well as when writing a novel. Not many novelists know. A lot of novelists don’t become screenwriters because of this, and also because they don’t really like working with people.”

Pelecanos is still completing post-production on “We Own This City,” and there’s a lot to line up next. He is developing an HBO adaptation of John D. MacDonald’s novel “The Last One Left” with friend and fellow novelist Megan Abbott (“Dare Me”). He also said he wanted to go back to his film school roots and give directing a chance. (He directed an episode of the 2019 anthology movie “DC Noir” based on his stories.) His three children have grown up – two working in the film and TV business, and the third managing a doghouse. So he has time to do more and plans to take advantage of it.

“I love the feeling of getting out of the van at seven in the morning and a lot of people are working,” he said. “Great dude, it really is.”