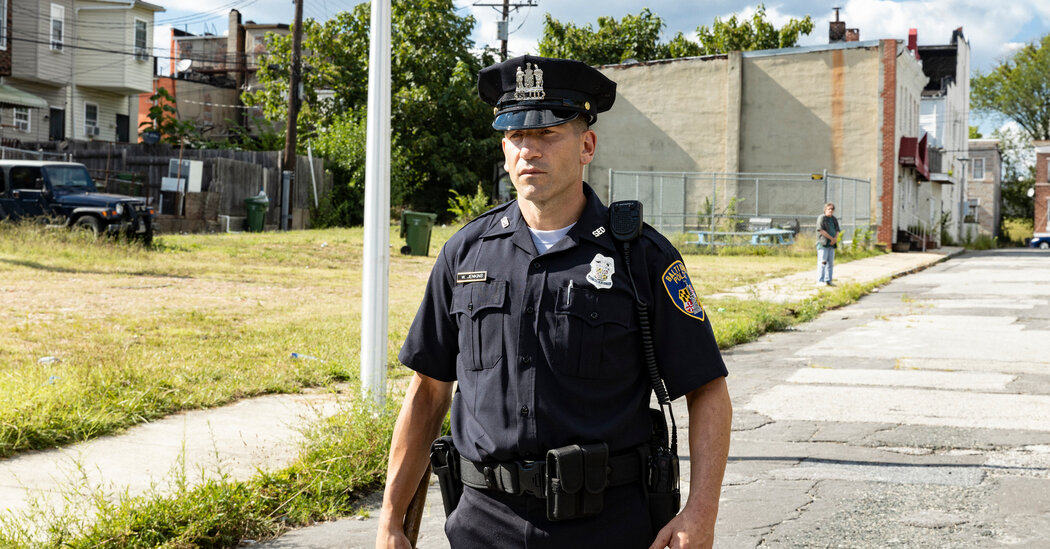 “We Own This City” tends to choose to show off, especially on the research side of the story. As Nicole Steele, a civil rights division lawyer, Wunmi Mosaku does everything she can to create a character who feels deeply about her duty and is disturbed by her department’s resistance to real change. We understand Steele’s motives when he remembers that his brother was racially profiled by the police.

But the character mostly functions to explain and make or take arguments for the show. Late in the series, she meets Brian Grabler (Treat Williams), a retired detective whose episode turns into a critic, and makes a Socratic case that the war on drugs has failed. He asks Steele what was driving the police’s actions. “What is the mission?”

“That’s right. And in a war, you need warriors. In war you have enemies. In a war, civilians get hurt and nobody does anything. In a war you count the corpses and then you call them victory.”

It’s a strong editorial, but it doesn’t make for a great show. “We Own This City” is still a very good show, with its detailed realism, shrewd sense of humor, and good acting from start to finish. But the indictments lack the character shadow that animates Simon’s housing policy story adaptations. “Show Me a Hero” and his own book “Corner.”

Maybe this is intentional. Returning to our unfair comparison, “The Wire” believed that systemic forces were more important than individual failure or victory. All these end-of-season montages seemed to say: No matter how you feel about the end of this or that story, the rhythm continues. Along the way, however, you’ve got a lot of rich personal stories to invest in, which makes dramas with broad social coverage successful as both art and argument.

“We Own This City” instead works as a kind of supplement, an updated extra for Simon and the Pelecanos’ existing, well-earned fan base. This series may not change the game. But after all this time – to cite a string that can be quoted for some reason – it’s a meaningful reminder. game is game.