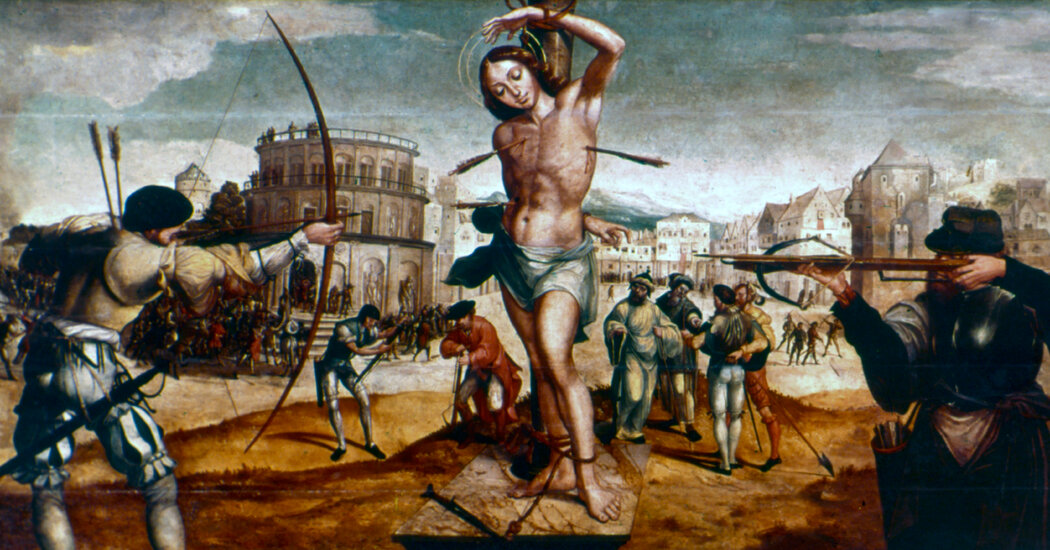 Contemporary fiction does not judge the art world genres as harshly as it does, say, assassins for hire, but at least assassins can be trusted to perform a useful service. By comparison, characters in art-related novels tend to be dishonest: jackal traders, greedy collectors, fake painters, and shallow critics who claim that art is about reality but know it’s really about money and hype. When they’re not completely fake, it’s often because they accept the broader fake of art or art appreciation. In the opening scene of Ben Lerner’s Leaving Atocha Station, the narrator tours the Prado Museum and thinks: at least someone I know. I was intensely suspicious of people who claimed that a poem, a painting, or a piece of music had ‘changed their lives’.” He sees an old man crying in front of a painting, but does not deign to ask what depth feels like, perhaps because he is afraid. What will be the answer?

Mark Haber’s “Saint Sebastian’s Abyss” and Emily Hall’s “The Longcut” are sparkling comic novels about art told from the sober’s point of view. An art historian and conceptual artist, anonymous neurotic narrators never think that art can be about anything besides deep truth. Well past college age, they both have a kind of second-rate humorlessness that makes them hilarious and a little creepy: Brains are good places to visit, but you wouldn’t want to live there. The intensity of their devotion to the arts has almost cut them off from the rest of humanity, but they speak with such similar accents that they may almost be talking to each other.

The narrator of Haber’s novel calls himself an art historian, and I will call him an art historian, but in practice he is more like a priest. His god is the (fictional) 16th-century masterpiece “Saint Sebastian’s Abyss,” painted by the (fictional) aristocrat Hugo Beckenbauer and hanging at the (non-fiction) Museu Nacional d’Art de Catalunya in Barcelona. He has published 10 books on painting – “all popular,” he insists, meaning one of them was ranked #46 on the Belgian Amazon for half an hour. The art historian, a first-rate bigot, is at best a third-rate missionary. His descriptions of “Saint Sebastian’s Abyss” are meekly specific, as if he had knelt before him for decades and forgot that other people hadn’t memorized it. But when she first saw it in Barcelona, ​​she explains, “I cried without warning, like I’ve never cried before.”

The art historian speaks in such boring, half-cliche phrases (although Haber, author of another novel and a collection of short stories in a few pages, throws a jewel like “twisted his bushy moustache” to remind us how boring is just one act). Much of the novel’s comic sparks come from the friction between the picture’s supposed sublime and the softness the narrator uses in discussing it, although it’s impressive that he has something to say after all these books.